NOTICE IS HEREBY GIVEN that the Council of the City of Easton (the “City”) will hold a public meeting not less than three (3) nor more than thirty (30) days after the date of publication of this notice [Wednesday, September 23, 2020 at 6:00 p.m.] via ZOOM, for the purpose of considering and acting upon an ordinance (the “Ordinance”) authorizing the incurrence of nonelectoral debt by the City. To obtain the ZOOM link for the meeting please go to the City’s website and access the City’s Calendar of Events https://www.easton-pa.com/city-council/events/32123 and click the link for the appropriate meeting.

The following is a summary of the contents of the Ordinance which, among other things:

1. Authorizes the City to incur nonelectoral debt in the maximum principal amount of $55,500,000 pursuant to the Local Government Unit Debt Act, as amended (the “Act”), and to evidence such indebtedness by the issuance of its Federally Taxable General Obligation Notes, Series of 2020 (the “Notes”) to finance:

(i) a capital project consisting of the construction of a new seven (7) level parking deck on the City’s North Fourth Street parking lot which will have approximately 495 parking spaces (the “Capital Project”);

(ii) a refinancing program to

(A) currently refund a portion of the City’s outstanding

(iii) payment of the costs and expenses of issuing the Notes.

2. States the estimated useful lives of the Projects and that the City has obtained realistic cost estimates for the Projects.

3. Determines and states that the purpose of the Refinancing Program is to substitute notes for bonds.

4. States that the debt to be incurred through the issuance of the Notes is nonelectoral.

5. Finds, after due consideration and investigation, a private sale of the Notes by negotiation is in the best financial interest of the City.

6. Provides for the sale of the Notes at a private negotiated sale, and accepts a proposal for the purchase of the Notes from PNC Capital Markets, LLC and Boenning and Scattergood, Inc., which will be presented at the meeting.

7. Contains a statement that the Notes, when issued, will be a general obligation notes.

8. Authorizes the proper officers of the City and their successors, to perform all actions necessary to execute all necessary documents, including but not limited to a Debt Statement and a Borrowing Base Certificate, to file a transcript of the proceedings pertaining to the Notes with the Pennsylvania Department of Community and Economic Development and to take further action necessary to carry out the Ordinance.

9. Contains a covenant by the City as required by the Constitution of Pennsylvania and by the Act that the City shall include in the budget for each fiscal year the amount of debt service due on the Notes for each such fiscal year; that it shall appropriate such amounts from its general revenues for the payment of such debt service; that it shall duly and punctually pay or cause to be paid the interest on and principal of the Notes as the same shall become due; and that, for such budgeting, appropriation and payment, the full faith, credit and taxing power of the City is pledged.

11. Provides for the form of the Notes and the authentication certificate appertaining thereto and the terms thereof, including the schedule of principal maturities on a not to exceed basis, the maximum rates of interest and interest payment dates, and place of payment and redemption provisions (if any) for the Notes.

12. Authorizes the application of the proceeds of the Notes, including the payment of the costs and expenses of the Notes.

13. Authorizes the redemption and payment of the Refunded Bonds and the establishment of escrow funds therefor.

15. Provides for other matters in connection with the issuance and sale of the Notes.

A copy of the proposed Ordinance described above may be examined by any citizen at the office of the City Clerk, City Hall, located at 123 South Third Street, 3rd floor, Easton, Pennsylvania 18042, on business days between the hours of 8:30 a.m. and 4:30 p.m. The City Council will hold a meeting on Wednesday, September 23, 2020 at 6:00 p.m. online via ZOOM as set forth at the beginning of this notice. The Ordinance may be enacted at such meeting or at any other meeting held during the period described at the beginning of this notice. If the Ordinance is enacted, a Notice of Enactment thereof, including a summary of the omitted details, all of which will be determined at the meeting and will be inserted in the Ordinance prior to enactment, and also including any amendments to the Ordinance during final passage will be advertised after enactment and made available for examination by any citizen in accordance with the Act.

The mountains are filled with an abundance of animals, whether on the ground or in the sky! This is an adventure your young explorer won’t want to miss. Campers will […]

Join us for an evening of tunes with the Cody Templeton Band - Country. BYOB, Lawn Chair/Blanket

Acoustic Kitchen presented by IBEW Local 102 Join us for great night of music, good food and fun at the back of the Market featuring Carter Lansing! Born in Houston […]

Grab some art supplies and gather the family for game night as the Wells family explores the Art of Learning™ through Game Design! *This event is free, no tickets or […]

Jazz Nights are back! After a very long year and some change we are finally back with live Jazz! And we have a great one lined up y’all with the […]

Come party like it's 1752! And celebrate the 269th year of America's oldest, continuous open-air market. Mayor Panto and the Bachmann Players will lead the singing of 'happy birthday' at […]

At noon on July 8, 1776, Easton was one of only three places where the Declaration of Independence was first red publicly. Ever since that monumental event, Easton has embraced […]

Come join Professor Rosalind Picard and her students as they discuss their research on ways to gauge and improve people's mental health.

Join us for a night of tunes with Truth & Soul - Cover Band. BYOB, Lawn Chair/Blanket Check out the videos from our sponsor -St. Lukes Care you can trust […]

The Mayor's Office of Special Events (MOOSE) is pleased to announce the return of Cruise Nights from June through September. This free monthly event takes place from 5 - 9 […]

Join Nurture Nature Center at Scott Park for some star gazing and learning about the planets, moon, constellations, and more. Telescopes will be available and will be cleaned between each […]

Join a New Orleans' style Second Line parade and celebrate Healthcare workers of the Lehigh Valley with us! Starts at the Bank Street Creamery at 7pm, we weave around Ferry […]

Our Bank Street Band has a headlining gig for this season's Live At The Falls Series. Facility opens up at 6pm and the band hits the stage at 6:30pm https://www.liveatfalls.com/

Come out and enjoy a night out by watching a movie in the park! We will have a large blow up screen. Recommend bringing a blanket and chairs. Movies will […] 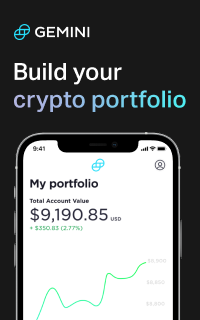